Justin Urassa, an associate professor at Tanzania’s Sokoine University, believes that agriculture is a pathway out of poverty, specifically for Tanzania’s rural youth. Ask him if he understood that three years ago, and he’d say not to the level he does now. His lack of a technical background in agriculture and food security hasn’t been a barrier for this Tanzanian with a Phd. in Development from the University of Sussex, UK. In fact, he says it’s his experience as a professor coupled with the training he received from Africa Lead on food security facilitation that has allowed him to be an even more effective advocate and facilitator for food security leadership in Africa.

“In order to train individuals, we have needed to build the capacity of professionals who are actually trained to deliver these trainings. To help develop the skills of the trainers we have conducted what we call Training of Trainers (ToT) activities which involve taking qualified professionals from the university, private sector and government to train them on how to deliver this Champions for Change curriculum,” says Catherine Mbindyo, Africa Lead’s East and Southern Africa regional learning programs manager. 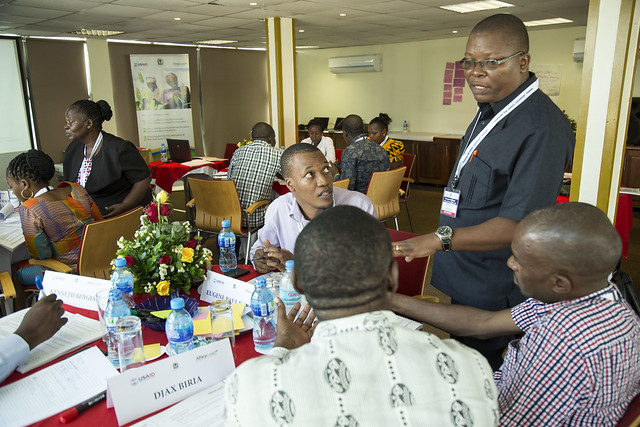 Experienced facilitators with proven track records are in great demand. Africa Lead is working to exponentially grow the impact that its trainers have, by preparing facilitators to be able to train other new trainers, through an Advanced ToT program. The training focused on sharing experiences and ensuring that the trainers learn from one another.

Justin Urassa participated in the Advanced ToT. Following the training, he and four other trainers from Tanzania returned home, to hold a cascade training for fellow Tanzanian trainers. As the network of trainers grows exponentially because of these types of efforts, Africa Lead is developing an online Trainer Directory, freely available to organizations seeking food security and facilitation expertise on the Africa Lead website.

“I believe in that future, that Tanzania can become nutritionally and food secure. When I want to create a sense of urgency [amongst my students], I borrow from my Africa Lead training,” says Justin reflecting on his training. “Leadership is the core, it’s not about resources that we don’t have the manpower to do it, the manpower is there to do it. At times it just lacks leadership, leadership is the cornerstone of transforming Africa to becoming a prosperous continent.”

With facilitators like Justin and his colleagues, leadership won’t be the only cornerstone to Africa becoming a prosperous continent. It will be a network of leaders and champions for food security who are laying the foundation.