Filmed in Tanzania’s fertile Arusha region, Hadithi za Kumekucha: FATUMA follows the main character Fatuma and her daughter Neema’s dramatic journey in search of recognition for their uncompromising contributions to their family farm. The Best Actress prize was awarded to Catherine Credo who played the role of Neema, Fatuma’s daughter.

Fatuma is a traditional rural woman who always risked body and soul, without reward or thanks. She does this to farm her husband’s land and keep the family fed and cared for. Throughout the film, she fights unfavorable weather, pests (Fall Armyworm) and poverty. However, when her husband squanders her prized harvest and schemes to marry off their daughter, Fatuma has to make her biggest stand to protect her family.

FATUMA is a follow up to the successful first feature film Hadithi za Kumekucha:TUNU and the radio program Kumekucha which aired across Tanzania in 2016 and 2017.  The plots of the two films were inspired by the characters and story lines from the radio drama.  TUNU was awarded the special category Swahili Movies prize for Best Actor at the 2017 Zanzibar Film Festival.

Supported by USAID Tanzania, in partnership with the Feed the Future program Africa Lead and in conjunction with Media for Development International (MFDI), the Kumekucha series was developed to inspire women and youth to take up agriculture. 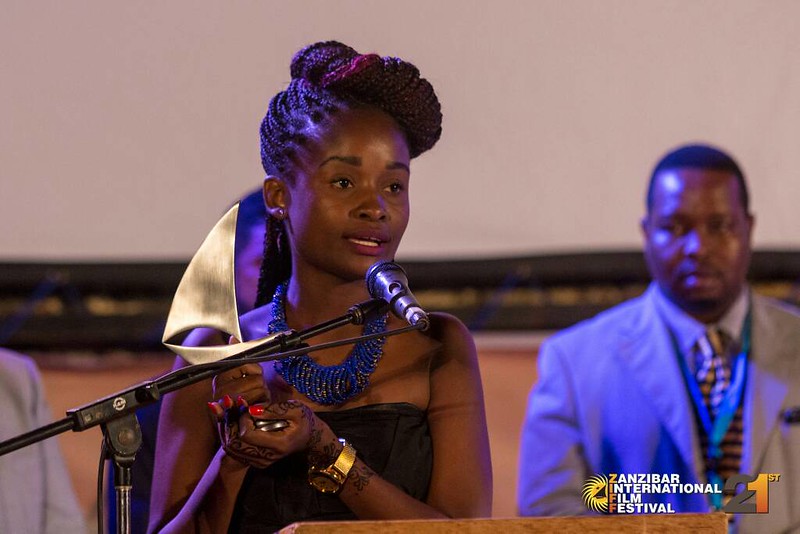 The film explores a handful of difficult but accurate realities for women in agriculture and agribusiness in sub-Saharan Africa. While women contribute a significant portion of the labor for Tanzania’s agriculture sector, decision-making around farming can be dominated by men. Unfavorable regulations and biased socio-cultural norms negatively impact agricultural productivity by reducing women’s access to resources including training, finance, equipment and the right to own land.

The 2018 Zanzibar International Film Festival announced the awards on July 14th following the week-long festival. According to the Zanzibar Film Festival, the 2018 Festival received a record number of entries with over 4,000 film submitted across the various entry platforms from over 140 countries; 800 documentaries, 400 features and over 2,400 short films. East Africa was well represented with 55 submissions from Ugandan, 54 from Kenya, and 31 films from Tanzania.

For more information and to listen and watch the USAID Tanzania supported Kumekucha radio and film series, visit http://kumekucha.info/en/